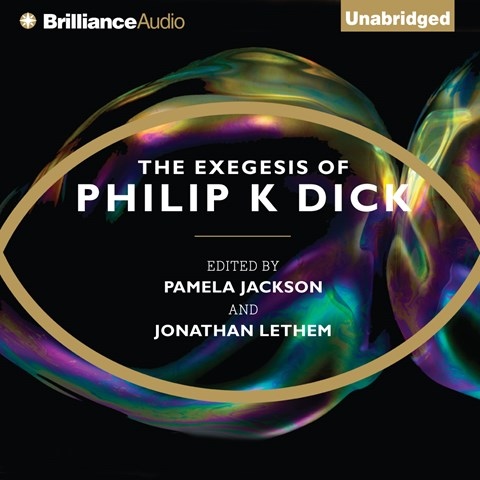 THE EXEGESIS OF PHILIP K. DICK

In this memoir, listeners hear about sci-fi novelist Dick’s writing process as he wrestles with a tangled web of philosophical parables, theological quandaries, and his own consciousness. Narrator Fred Stella’s upbeat lilt and clarity will captivate listeners as he re-creates Dick’s enthusiasm and manic energy. This massive and dense writing project is erudite and theory laden, like a master class, and attentive listeners will want to pause often to take notes. It’s also rife with editor’s notes, which listeners are alerted to by an unobtrusive audio beep. Sci-fi scholars and PKD enthusiasts will delight in listening to these intense revelations, but casual listeners may not make it past the introduction. F.T. © AudioFile 2012, Portland, Maine [Published: MARCH 2012]