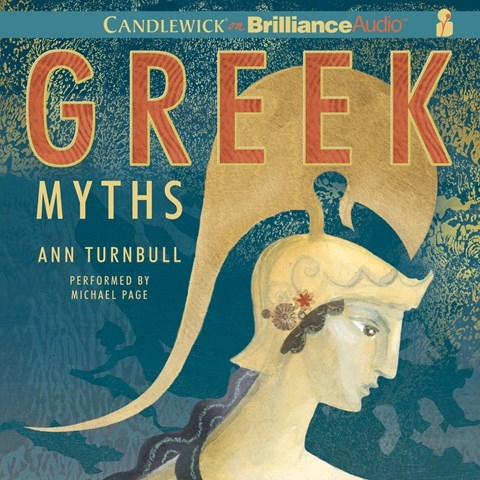 Michael Page depicts a world of gods, heroes, and monsters with a steady, well-paced narration of Turnbull’s 16 excellent retellings of these classics. Whether familiar or brand new to these myths, the listener is captivated as Page portrays each larger-than-life character. His narration is straightforward, with few characterizations for voices, except for such dramatic turns as the reeds’ whispering about King Midas having the ears of an ass. From the love affair of Orpheus and Eurydice to Theseus’s battle with the Minotaur and Pandora’s curiosity, Page allows the tales to carry the narration and paces them for ultimate effect. D.P.D. © AudioFile 2012, Portland, Maine [Published: MARCH 2012]