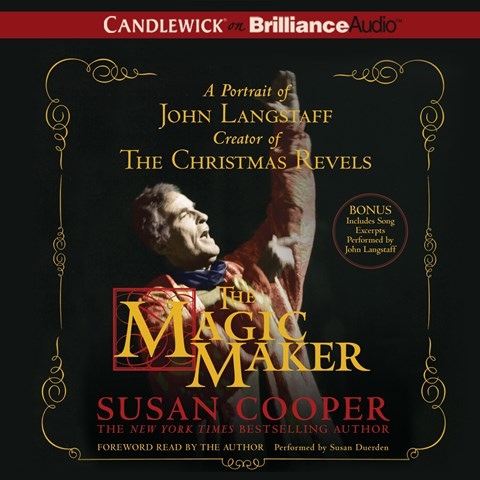 THE MAGIC MAKER A Portrait of John Langstaff and His Revels

John (Jack) Langstaff was born into music—his parents’ home was often filled with performers. Being musically trained at boy choir schools, and subsequently educated at other fine schools, ignited a passion that resulted in a career as a recording artist, playwright, teacher, children’s book author, and the founder and musical director of the renowned Christmas Revels, which began in Cambridge, Massachusetts, and have now spread all over the world. Susan Duerden is a magnificent entertainer who provides a sincere and multidimensional performance. She traces Jack’s enriched childhood, with its famed Christmas gatherings; applies heightened emotions to his horrific experiences during WWII; and enthusiastically recounts his magical accomplishments in weaving medieval music with dance and drama, traditional English songs, and children’s theater. B.J.P. © AudioFile 2011, Portland, Maine [Published: DECEMBER 2011]