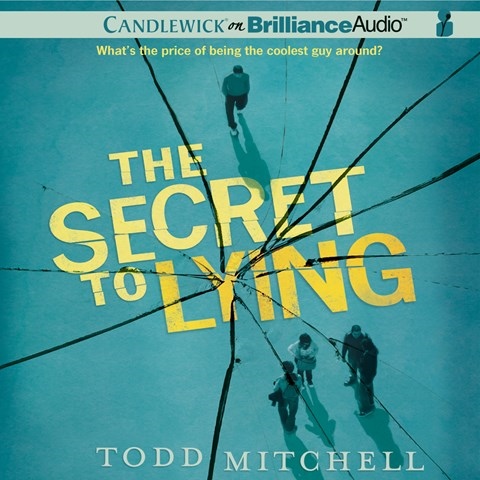 THE SECRET TO LYING

James Turner sees high school as an opportunity to reinvent his drab existence, but he begins to cut himself as a way to cope. In his dreams, James battles demons. In his waking hours an online friend questions his cool façade. Nick Podehl gives listeners a clear picture of James’s slow journey to self-awareness. Podehl vividly depicts boarding school pranks and dorm humor. Mitchell’s book is challenging to narrate. The opposition between James’s wry humor and his bouts of depression makes it difficult for Podehl to strike an appropriate tone. Further, the dream sequences interrupt the action and are underacted by Podehl. And stronger adult characterizations by both the author and narrator would better anchor James’s school community. With respect to production, volume levels are noticeably inconsistent, and the listener can hear breathing. Despite these challenges, Podehl does a credible job with an unusual novel of teen issues. C.A. © AudioFile 2012, Portland, Maine [Published: APRIL 2012]