Home»Reviews»THE WATCH THAT ENDS THE NIGHT 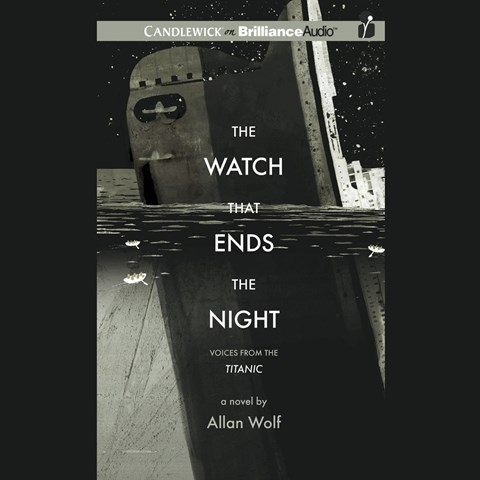 THE WATCH THAT ENDS THE NIGHT Voices from the Titanic

This production tells the story of the passengers on the TITANIC through interlinked poems from multiple perspectives. Five narrators help listeners keep the large cast straight as they create appropriate and distinct voices for each character. The range of accents (American, British, Norwegian, Irish, French, and Pakistani, to name a few), pitches, and tones makes the poetry and story accessible, and the way the production incorporates details like the chanting of a mail sorter and a periodic Morse Code sound effect adds verisimilitude. Dispatches from an undertaker who retrieves bodies after the accident are a continual reminder of where this story is headed, making the narrators’ jobs all the more important as they urge listeners to become invested in these characters. A weighty and compelling listen. A.F. 2012 Audies Winner © AudioFile 2011, Portland, Maine [Published: NOVEMBER 2011]