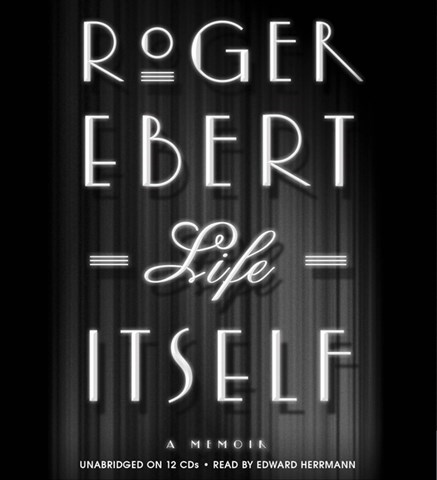 LIFE ITSELF A Memoir

The path from Urbana, Illinois, to BEYOND THE VALLEY OF THE DOLLS could seem daunting for anyone. As renowned film critic Roger Ebert recounts in his autobiography, his journey from newspaper rookie to Pulitzer Prize-winning film critic, TV personality, and author was wonderful in every way. Narrated with massive style by actor Edward Herrmann, this audio presentation follows Ebert through a full career and includes fascinating stories featuring Russ Meyer, Robert Mitchum, Martin Scorsese, Lee Marvin, Gene Siskel, and Mike Royko. Herrmann has a smooth, engaging manner that enhances the honest tone of the text. Roger Ebert’s story of his loves, politics, recovery from alcoholism, and recent health issues is engaging and funny. Edward Herrmann’s quality narration makes it even better. M.R.E. © AudioFile 2011, Portland, Maine [Published: AUGUST 2011]