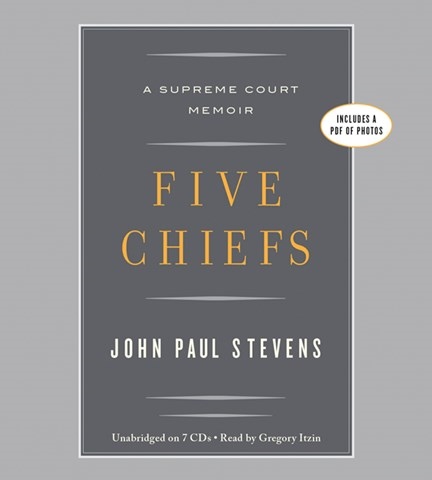 Books about the Supreme Court tend to be speculative, based on a reporter’s limited access to the justices and focused narrowly on a term or specific legal case. This book is different because a former justice wrote it, and he provides a unique perspective in both scope and depth. Gregory Itzin’s narration has a regal quality that allows him to accentuate the gravity of his subject and provides an authoritative voice on the topics. He has a scratchy, gravelly timbre and reads at a measured pace that supports Stevens’s main points. At times, Itzin sounds like a law professor at the lectern, but the class is interesting and engaging. R.I.G. © AudioFile 2012, Portland, Maine [Published: JANUARY 2012]