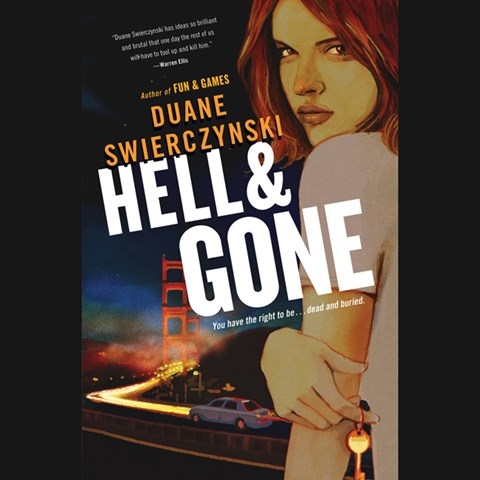 Narrator Pete Larkin breathes just enough life into the characters of HELL AND GONE to rescue them from the edge of the improbable. This novel has a few well-crafted scenes of “dystopian noir” as ex-cop Charlie Hardie awakens to find himself in a secret prison that houses the world’s worst criminals. But these brief moments of suspense are overshadowed by the plot’s unlikely conspiracy theory. Sweirczynski’s strong point is punchy dialogue. Larkin captures the listener’s attention when the characters interact—and when they do, the pacing is engaging. But Larkin gets a little carried away with a few of his character voices, sometimes bringing out unintended humor when a serious tone is called for. F.T. © AudioFile 2011, Portland, Maine [Published: DECEMBER 2011]