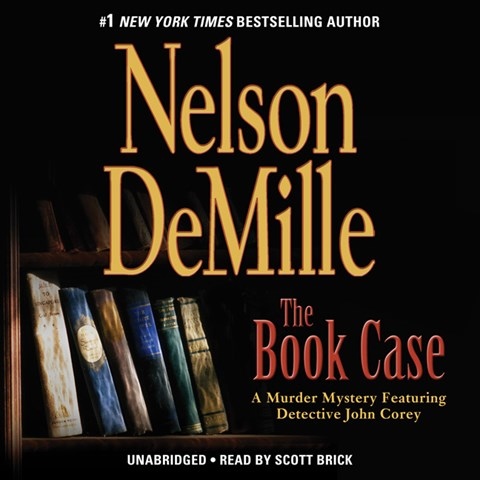 In this short story, NYPD Detective John Corey investigates the mysterious circumstances surrounding the death of bookstore owner Otis Parker. Was it an accident when a thousand-pound bookcase crushed him to death in Dead-End Books? Was it what Detective Corey calls a “dumbicide”—or a clever homicide? Brick’s roughened timbre, capable characterization, and authentic tone deliver a classic whodunit of suspense and misleading clues in a case whose front-page headlines read: “Killed by the Books He Loved.” Suspenseful music sets the mood for Brick’s polished portrayal of Detective John Corey’s early years. G.D.W. © AudioFile 2012, Portland, Maine [Published: JANUARY 2012]