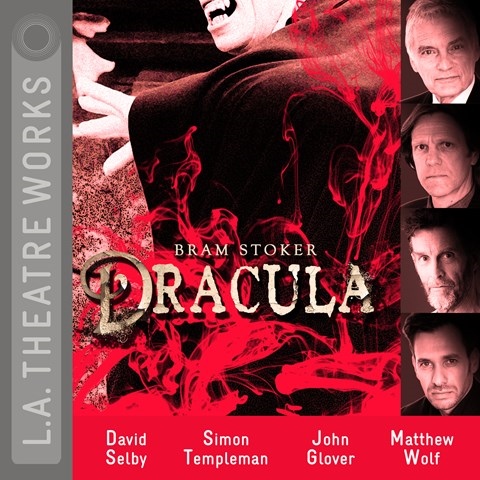 This dramatized version of DRACULA rushes the story’s beginning to concentrate on the vampire’s period in England, where those he’s blighted, with the aid of Dr. Van Helsing, take up battle against him. After the initial haste, the adaptation grows more and more effective. Early on, the audience laughs at perceived hokeyness—the story is old and well known—but the laughter dies away as the chill and creepiness mount. The acting is uniformly solid, though David Selby’s accent, as Van Helsing, is inconsistent. The sound effects—such as a wolf’s howl—are excellent. The story is old but far from dead; it rises up to instill dread and grab you by the throat. W.M. © AudioFile 2012, Portland, Maine [Published: JANUARY 2012]