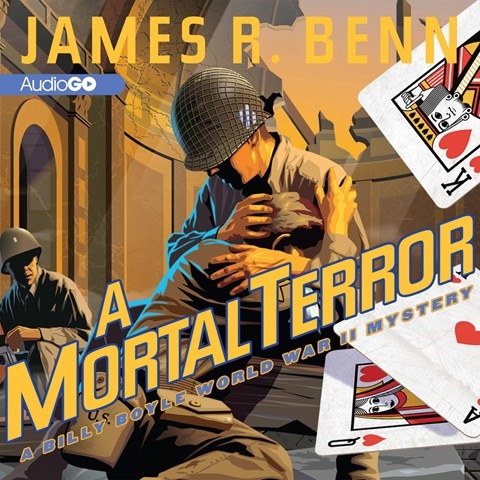 On the WWII battlefield of Anzio, incoming artillery whistles overhead, shrapnel flies, and solders scream. Narrator Peter Berkrot brings these scenes to life with his ability to project vivid word pictures. Lieutenant Billy Boyle, a Boston detective who is now serving as a special investigator for General Eisenhower, is assigned to find the killer of two American officers. The chase leads him to Anzio during the invasion. Berkrot's narration embraces the terror of combat and the thrill of the chase. Boyle’s cadre of supporters requires the effective presentation of various accents, which Berkrot does well except that the Irish cop from Boston sounds as if he could be from Buffalo—or Bakersfield. T.J.M. © AudioFile 2012, Portland, Maine [Published: JANUARY 2012]