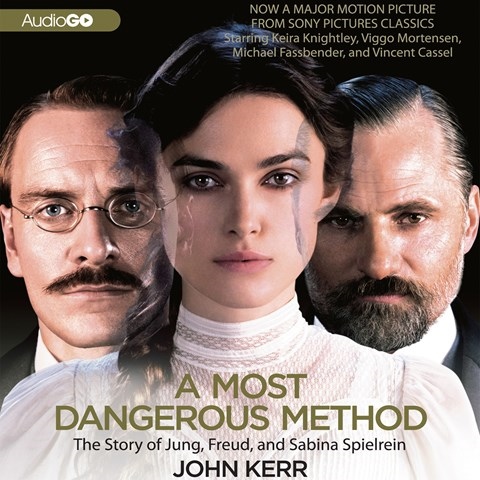 A MOST DANGEROUS METHOD The Story of Jung, Freud, and Sabina Spielrein

Kerr’s examination of an early period in psychoanalysis focuses on Freud, Jung, and Sabine Spielrein, a patient of Jung’s, later an analyst, who played a role in the Freud/Jung schism. Peter Berkrot’s energy and expressiveness are excellent, but he narrates the often complex material a shade too fast and, oddly, with too much intensity—it’s history, not breaking news or a harangue. The voice he gives Freud, harsh and clipped, is unpleasant while he makes the bull-like and ebullient Jung sound wispy and fragile. His pronunciation of the frequent German is poor, and his pronunciation of “Jung” changes from sentence to sentence. He also mangles some English words, such as “indefatigable.” This performance is distracting; this significant book deserves more care. W.M. © AudioFile 2012, Portland, Maine [Published: MARCH 2012]