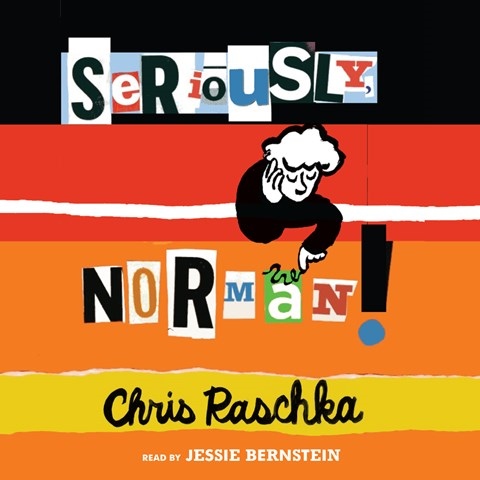 Norman; his best friend, Leonard; and twins Anna and Emma take it upon themselves to save Norman’s used-bomb-selling father and point him in the right direction. This clever story celebrates language with its puns and wordplay (along with quite a few dictionary entries). Jesse Bernstein’s narration talents are put to good use in this quirky story. Norman’s attempts to save his father and make sense of the world are deftly portrayed by Bernstein, who plays with his delivery to capture the antics and drama of the story. His pacing and cadence are perfect for following the story along its wacky and word-filled journey. Bernstein’s narration rockets this book into the imagination. J.K.R. Winner of AudioFile Earphones Award © AudioFile 2012, Portland, Maine [Published: JANUARY 2012]