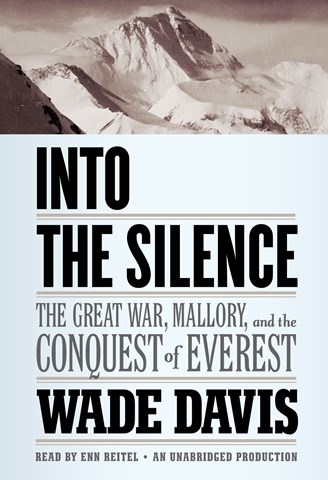 INTO THE SILENCE The Great War, Mallory, and the Conquest of Everest

For generations Mt. Everest has risen to offer the ultimate challenge—against nature, against oneself. These accounts of the first expeditions in the 1920s blend politics, history, and a lot of fortitude on the part of British climbers. Only a British accent would seem appropriate to help listeners navigate the bitter winds, mounting snow, and other treacherous conditions of Everest. Narrator Enn Reitel doesn’t employ additional accents or frustrated tones, nor are they needed, as George Mallory and others pursue their quest. Wade Davis, using journals, sets the brutality of WWI as the proving ground for those who trudged up Everest. The majority of the book is steeped densely in background, and the final part is the payoff. Davis and Reitel play it straight, an approach that fits the single-minded climbers. M.B. © AudioFile 2012, Portland, Maine [Published: APRIL 2012]