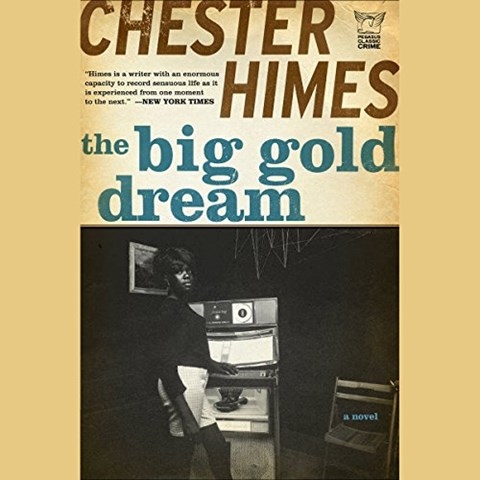 Himes outdoes himself in this mystery. Coffin Ed Johnson and Grave Digger Jones are called in when Alberta Wright collapses and appears to die at a revival meeting after drinking water blessed by Sweet Prophet Brown. Narrator Dion Graham excels as each of the colorful characters as he takes on their lively personalities. Also, his rendering of the description in this gritty glimpse of a bygone Harlem adds to the ambiance—and fun. Things take an even livelier turn when Alberta reappears, having swooned rather than died. Most delightful, Graham perfectly presents Himes’s deadpan humor when the cops miss their suspect due to their unreliable car, an old beater. S.G.B. Winner of AudioFile Earphones Award © AudioFile 2012, Portland, Maine [Published: JUNE 2012]