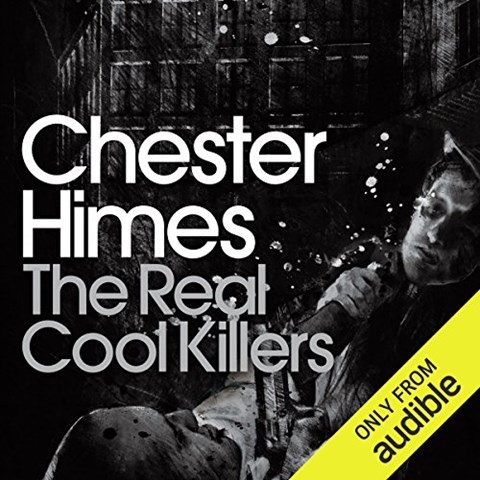 The second in the Grave Digger Jones and Coffin Ed series hits the ground running. Within the first 10 minutes there are a knife fight in a bar, a foot chase through the streets, an arm dismembered, and two people killed (one of them accidentally). Dion Graham narrates as Grave Digger works to untangle this knotted mess of crime in 1950s Harlem. Graham’s characterizations capture the story’s ambiance and place the listener in the heat of the moment. The one exception is the Irish accent Graham gives to a cop. But for the most part, REAL COOL KILLERS is a picturesque story to which Graham gives expert treatment. F.T. © AudioFile 2012, Portland, Maine [Published: JUNE 2012]