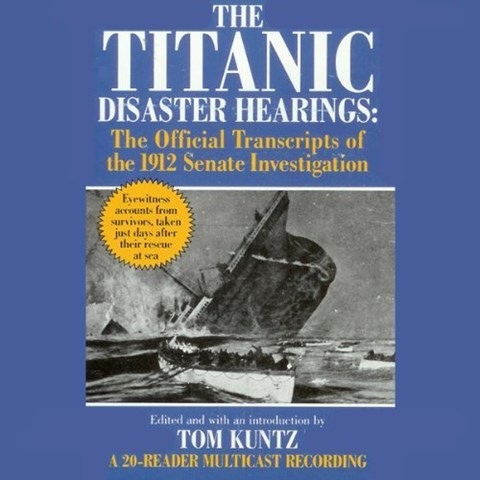 The fabulous remake of the film Titanic did more than launch Leonardo DiCaprio's movie career. An amazing number of audiobooks have been released on this topic, representing a wide range of perspectives. The Titanic Disaster Hearings makes for compelling listening and demonstrates the range of emotion that results when disaster strikes a large and varied body of people; sound effects add further depth to the production. The twenty-member star-studded cast gives the listener a feeling of history and a sense of what the 1912 Senate hearings were like. It's also intriguing to hear firsthand the vocabulary and manners practiced early in this century. Happily, those who aren't moviegoers may learn more about the history of the Titanic by listening to this audio presentation. S.G.B. ©AudioFile, Portland, Maine [Published: DEC/JAN 99]