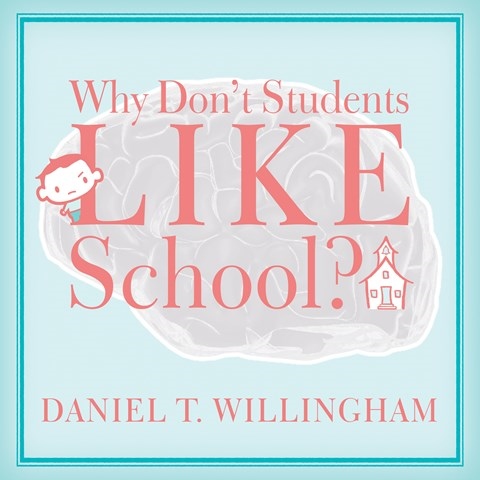 WHY DON'T STUDENTS LIKE SCHOOL? A Cognitive Scientist Answers Questions About How the Mind Works and What It Means for the Classroom

Every teacher and parent should listen two or three times to this fine production of Willingham’s explanation of how and why students learn in the classroom—or more often don’t. Paul Costanzo’s well-paced narration brings clarity, conviction, and immediacy to a text that, while well written for a general audience, poses some minor challenges in the audio format. There are frequent references to the book’s illustrations, which are available for downloading, but are not difficult in most cases to visualize. Costanzo’s voice maintains a tone and perspective that brings to the text its own pleasures and cognitive virtues. It is also highly recommended to students for its explanation of how to use learning time efficiently. D.A.W. © AudioFile 2012, Portland, Maine [Published: JANUARY 2012]