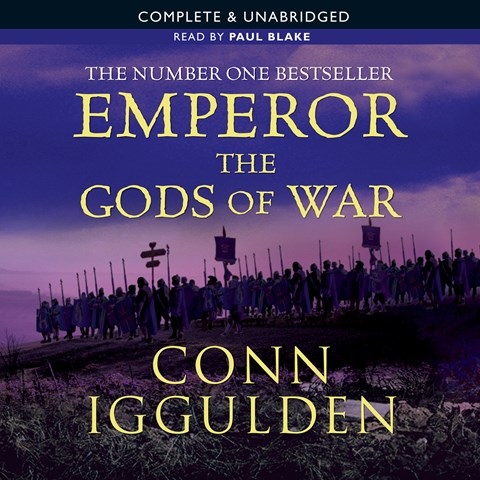 Narrator Paul Blake’s British accent gives a European feel to this final book in the acclaimed Emperor series. Though Blake doesn’t give unique voices to the wide array of disparate characters, he reads with power and poise. He conveys hurt and angst in Julius Caesar’s conflicted relationship with his lifelong friend Brutus and narrates with softer tones and sensitivity as Caesar and Cleopatra explore love. Blake also powerfully delivers the book’s fast-moving action, particularly Caesar’s military struggles against General Pompey. Overall, Blake keeps the listener engaged with this satisfying conclusion to an excellent series. S.K.G. © AudioFile 2012, Portland, Maine [Published: MARCH 2012]