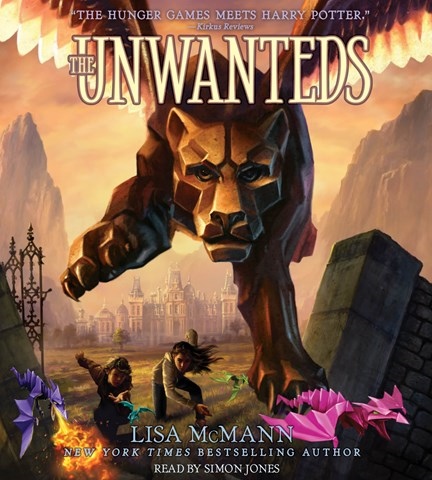 Narrator Simon Jones expertly takes on the world of Quill, in which teenagers are classified as “Wanted” or “Unwanted” and expected to refrain from showing any emotion or creativity. Jones’s deliberate pacing builds tension as twin brothers Alex (Unwanted) and Aaron (Wanted) await the yearly “elimination” of the Unwanteds. Jones’s characterizations—from the scared, conflicted Alex and the cold, confident Aaron to the various members of this secret magical world—are a big part of the mesmerizing effect of this story. His skilled storytelling ability makes each twist and turn compelling as the brothers find themselves in a battle—in which they must fight each other. E.A.B. © AudioFile 2011, Portland, Maine [Published: DECEMBER 2011]