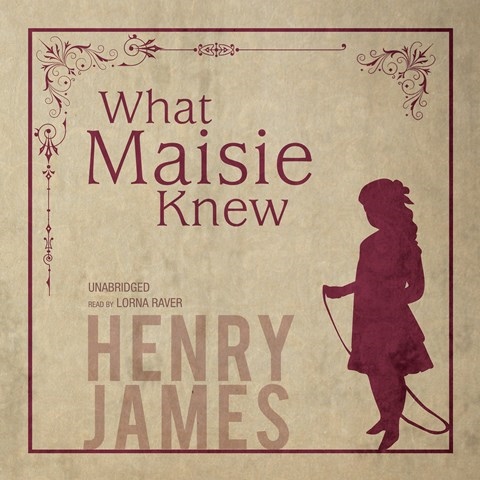 Maisie's parents, whose fecklessness challenges credulity, have divorced each other, then each abandoned their second spouses, then quit the stage entirely, leaving Maisie with two stepparents and a nanny in conflict, as all three of them seem desperately to want to keep and raise the orphan. Maisie, who has had virtually no education and spent almost no time with other children, is the narrator's great challenge, written as blankly innocent but with adult speech patterns and a hyper-attentive shrewdness. Lorna Raver makes her human. Her adults are even better, vivid and self-revealing, and outmaneuvered by Maisie. Raver's English accents are not perfect, but this distracts little from the pleasure of her performance, which is filled with intelligent empathy and human warmth for these unlikely characters. B.G. © AudioFile 2012, Portland, Maine [Published: SEPTEMBER 2012]