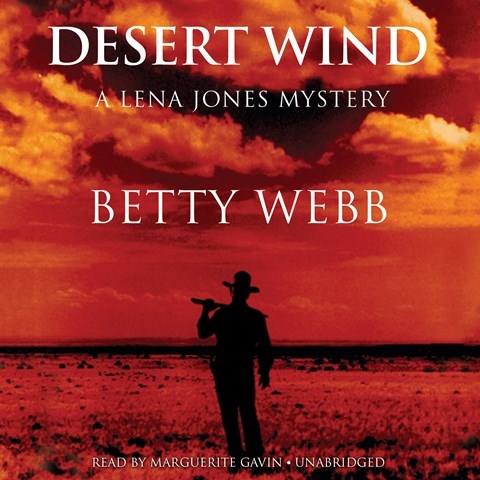 Marguerite Gavin’s mature voice and composed cadence are perfectly suited to Webb’s distinctive characters: former police officer Lena Jones and Jimmy Sisiwan, partners in Desert Investigations. Gavin also delivers strong portrayals of the Paiute and Navajo Indians, mining officials, and tourists of northwest Arizona. The involving plot elements include a new uranium mine located just 10 miles from the Grand Canyon, which has a tie-in to Hollywood history as well as to the ongoing effects of the nuclear bomb testing that took place in Nevada and Arizona in the 1950s. Gavin moves smoothly from character to character and gender to gender, adding drama and emotional depth to many parts of the story. S.C.A. © AudioFile 2012, Portland, Maine [Published: JUNE 2012]