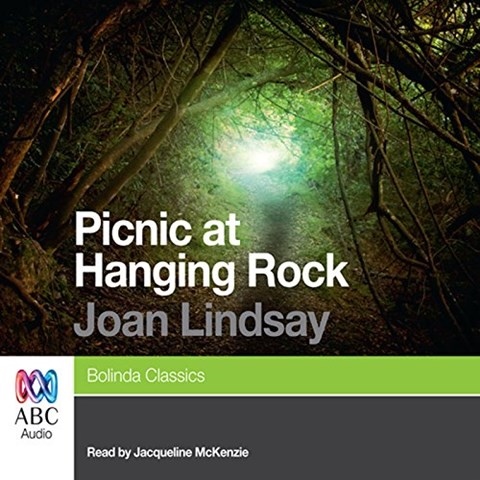 On Valentine’s Day in the year 1900, three young ladies from a boarding school go missing during a class excursion to the famous Australian landmark Hanging Rock. The mystery is never solved, and the events that follow are disturbing, even bordering on supernatural. Jacqueline McKenzie portrays every character with subtle perfection. Her soft Australian accent is almost hypnotic, and haunting flute music between chapters adds to the mysterious air. Listeners won’t find a satisfying ending in this story—which is part of its draw—but they will hear melodious language and thought-provoking scenes. Those who are interested in the history of this well-known Australian novel should know that this is the original version, which doesn’t include the author’s posthumously published explanation. M.M.G. © AudioFile 2012, Portland, Maine [Published: MARCH 2012]