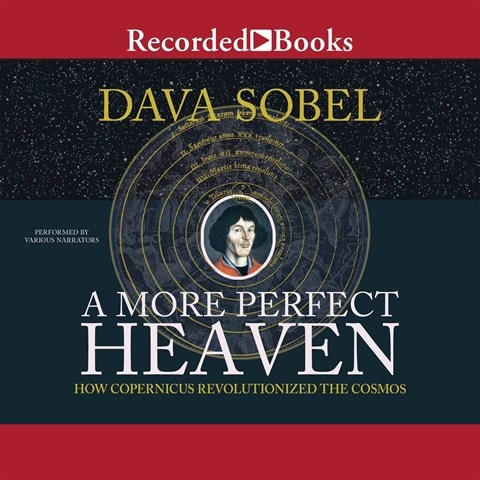 A MORE PERFECT HEAVEN How Copernicus Revolutionized the Cosmos

Copernicus’s story is told in two parts: one, an account of his personal life, his roles in the Church and society, and his scientific work; the other, a play about his encounter with a young mathematician and the release of his astronomical theories. Suzanne Toren reads the history in a strong, clear, expressive voice, intelligently and with varied, natural-sounding changes in tone and emphasis. What’s unnatural are the unnecessary pauses between some sentences, even between some words. The text is sometimes dry but not difficult; it doesn’t need slowing down. The play is literate and the voice acting accomplished, especially that of George Guidall as Copernicus, and it moves along (including Toren’s reading of stage directions), unhindered by pauses. The production has many strengths; its weaknesses could easily have been avoided. W.M. © AudioFile 2012, Portland, Maine [Published: JANUARY 2012]