Home»Reviews»THE WAR TO END ALL WARS 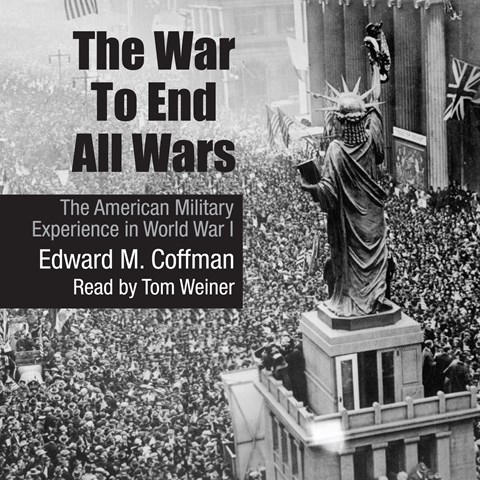 Supply problems and transportation during a mobilization aren't the stuff of great war stories. At times, the sheer weight of the mundane details makes Tom Weiner's narration more droning than dramatic. However, the logistics proves important in telling the story of an overseas war in which soldiers faced harsh conditions during trench warfare. There’s exciting stuff as well—including the air battles, which Coffman cites as the war's high point—and Weiner runs with that. Coffman also discusses issues such as the poor treatment of African-American soldiers and the Americans' conflicts with their French allies. The author’s wide-angle view of WWI does an excellent job for the serious history buff. J.A.S. © AudioFile 2011, Portland, Maine [Published: OCTOBER 2011]