Home»Reviews»BY THE HAND OF PROVIDENCE 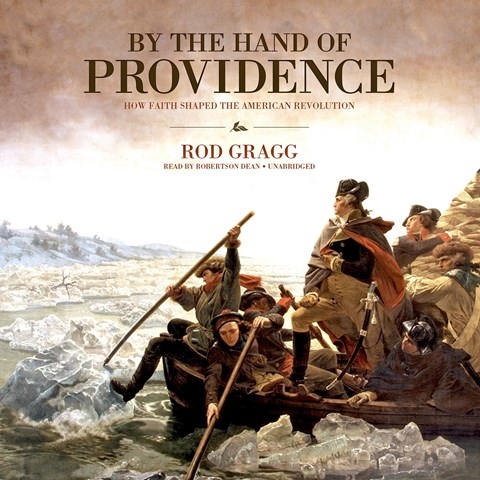 BY THE HAND OF PROVIDENCE How Faith Shaped the American Revolution

Fueled by their Judeo-Christian worldview, American colonists saw many acts of British sovereignty as assaults on their “inalienable” rights. From the Battle of Bunker Hill to Cornwallis’s surrender at Yorktown, the colonists were driven by their faith to act. And their leaders were equally driven by their faith, regularly thanking God for American victories and seeing defeats as divine punishment for failing to keep the faith. In the words of George Washington, “The hand of Providence has been so conspicuous in all this that he must be worse than an infidel that lacks faith.” Robertson Dean offers an even reading that carries a tone of solemnity but not an overpowering one. He gives a hint of an accent to direct quotes by Britons. For Americans, he slows the pace slightly to indicate direct quotes. R.C.G. © AudioFile 2012, Portland, Maine [Published: APRIL 2012]