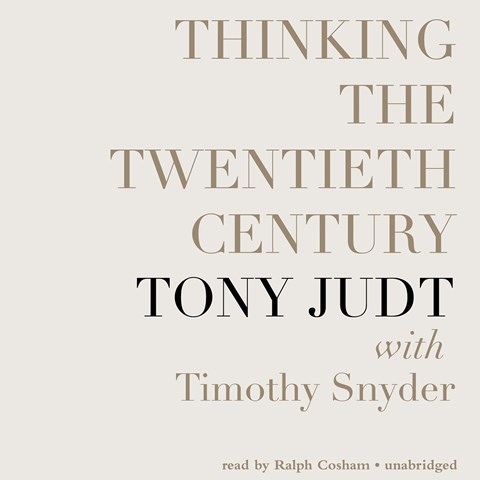 This audiobook has a super-slim audience—and that would be graduate school philosophy professors with an additional degree in economics. The work bills itself as a history, biography, and ethical treatise on modern political ideas in Europe and the U.S. throughout the twentieth century. It’s actually the retooling of a conversation with terminally ill Tony Judt, British historian, essayist, and university professor, who specialized in European history. It might have worked as a Bill Moyers TV interview. Moyers can distill complex thought to an everyday level, and this book would have benefitted from major distillation and clarity. Credit is due to narrator Ralph Cosham, whose warm, authoritative narration sounds like he knows what he's talking about. I wish I did, too. T.A. © AudioFile 2012, Portland, Maine [Published: FEBRUARY 2012]