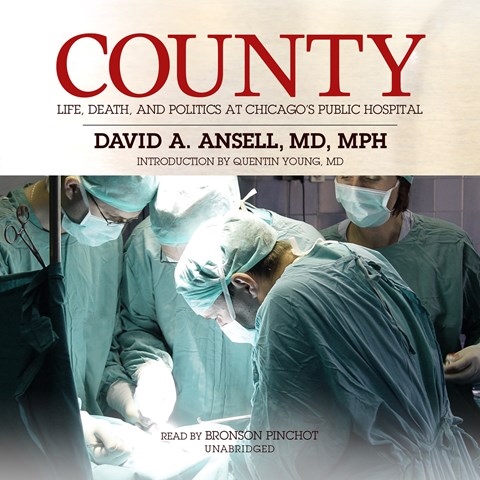 In the 1970s, Dr. David Ansell landed at Chicago’s massive, decrepit public hospital to find horrific conditions, stressed doctors, and desperate patients. He expected to stay just a few years; he lasted decades. Along the way, he tried to make a difference—and did. His memoir alternates between anecdotes and rallying cries for social justice. Nothing fazes narrator Bronson Pinchot. Whether recounting the words of an elderly woman, a feisty nurse, or a frustrated patient, his delivery is spot-on. He expresses the dignity of a dying woman and the outrage of the doctors who were fighting a corrupt, stagnant system. By the end, the listener is pulling for Ansell, with Pinchot’s voice guiding the way. M.B. © AudioFile 2012, Portland, Maine [Published: FEBRUARY 2012]