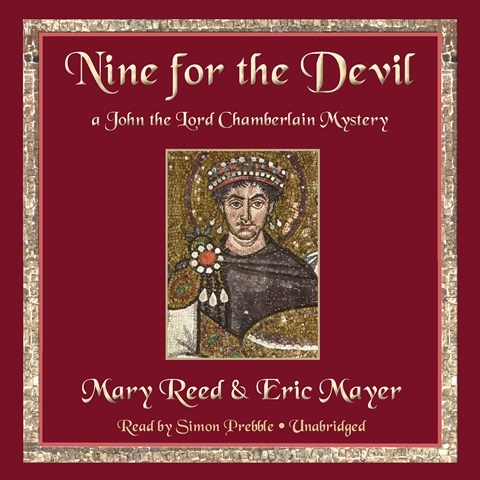 NINE FOR THE DEVIL

When Empress Theodora is found dead, her husband, Emperor Justinian, is alone in believing that his wife was murdered. Everyone else appears to accept that she died of natural causes, particularly given the lack of evidence to the contrary. As the story unfolds, John, the lord chamberlain, is directed by the emperor to find the empress's killer, and he turns up a large number of suspects. Narrator Simon Pebble brings the wide cast of characters alive through skillful narration. Pebble ensures that the characters—from aristocrats to servants—are distinguishable through subtle vocal characterization. The well-paced narration complements the seemingly impossible puzzle, allowing the listener to enjoy hearing the pieces come together. K.I.P. © AudioFile 2012, Portland, Maine [Published: JUNE 2012]