Home»Reviews»DEAR AMERICA: BEHIND THE MASKS 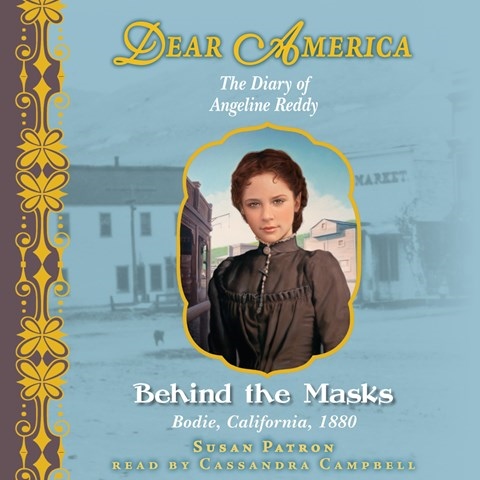 DEAR AMERICA: BEHIND THE MASKS

Life is rough in the mining town of Bodie, California, in 1880, and Angeline Reddy’s father, a lawyer who’s never lost a case, has some enemies. Still, when Angeline hears that her father has been murdered, she doesn’t believe it. As Angeline begins investigating her father’s disappearance, narrator Cassandra Campbell introduces a variety of voices that enhance the listener’s awareness of the town’s diversity. She gives Angeline’s own words a conspiratorial tone that is appropriate to the diary format and keeps listeners engaged even when a somewhat jarring supernatural element is introduced halfway through the story. The combination of an interesting history and setting and a light but unpredictable mystery will win the Dear America series and author Susan Patron new fans. A.F. © AudioFile 2012, Portland, Maine [Published: APRIL 2012]