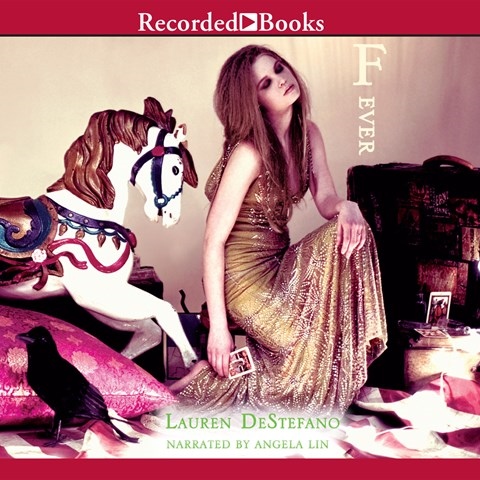 Having escaped from forced polygamy in WITHER, Rhine and her attendant, Gabriel, seek out the twin brother she had to leave behind. As Rhine evades imprisonment only to be thrust into a prostitution ring, narrator Angela Lin’s somber voice perfectly embodies her downward spiral into hopelessness. Lin’s solemn tones draw listeners deeply into Rhine’s despondency as she finally returns to Manhattan, only to find her brother is gone without a trace. As Rhine’s emotional pain manifests in a physical ailment, Lin’s even tone and pacing highlight Rhine’s shocking blackouts, pain, and refusal to return to her life as First Wife, even to prevent her own death. Listeners will be avidly anticipating the climax of the Chemical Garden Trilogy. J.M. © AudioFile 2012, Portland, Maine [Published: APRIL 2012]