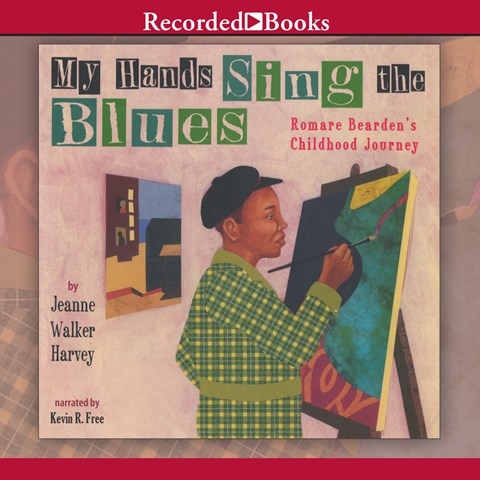 The author imagines herself in artist Romare Bearden’s shoes as she recounts moments of his North Carolina childhood in the early twentieth century, especially his passion for trains. Then comes the family train trip north to Harlem, an experience that was the inspiration for much of Bearden's collage-style art. Narrator Kevin Free makes music of the sounds of those trains, their whistles, and their wheels on the tracks. His enthusiasm for the trip is palpable as his vocal syncopation mimics the cadence of the blues. The production concludes with bibliographic information about Romare Bearden and quotes him on how he created what he called "visual jazz." A.R. © AudioFile 2012, Portland, Maine [Published: JUNE 2012]