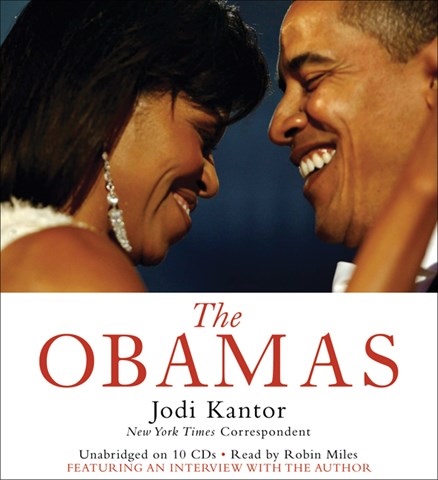 Kantor, a NEW YORK TIMES Washington correspondent, offers a prolonged peek behind the curtain at the evolving role of the Obama marriage as a driver of White House East and West Wing sensibility. With just enough gossip to be a guilty pleasure, the reportage is peppered with strong support of liberal ideals. Robin Miles provides an unfailingly sensitive, formal, and academic approach to her narration. She is skillful, graceful, and intelligent in turning matters into an urgent story requiring one’s rapt attention. Obama supporters and detractors alike will learn much about the First Couple’s partnership and the presidency, despite the principals’ having declined to be interviewed for the work. W.A.G. © AudioFile 2012, Portland, Maine [Published: JANUARY 2012]