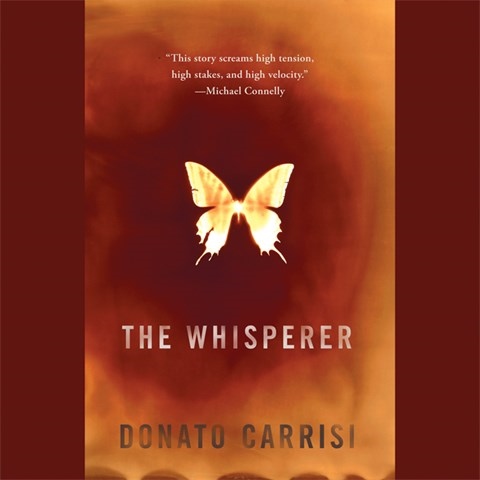 THE WHISPERER, another corkscrew-plotted serial-killer thriller, is one of the least plausible the genre has ever seen, and that’s setting a high bar. That this reviewer happily consumed the whole thing anyway is due in large part to the extraordinary performance of Carol Monda. The jeopardy: a torture-killer of young girls has a victim who may be still alive. The McGuffin: the team tracking him is made up of humans mostly as traumatized and cracked as the killer. Monda takes all these abnormal inner lives as seriously as she would Hamlet’s and makes them seem like people you could know, understand, and care about, all the while keeping the plot whizzing and dinging and bouncing around like a crazed pinball. Really a tour de force. B.G. © AudioFile 2012, Portland, Maine [Published: JULY 2012]