Home»Reviews»WOULD IT KILL YOU TO STOP DOING THAT? 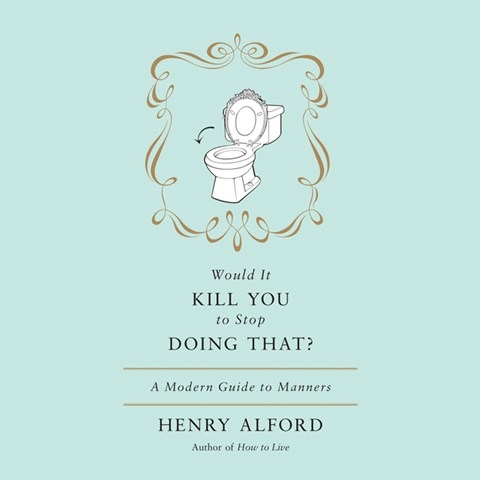 WOULD IT KILL YOU TO STOP DOING THAT? A Modern Guide to Manners

Alford’s examination of etiquette is scattershot, meandering, idiosyncratic, and amusing. His generally sensible, occasionally odd take on people and mores, his sometimes peculiar metaphors, and his dry humor are all enhanced by his narration. His reading is clear, well paced, and well modulated; his intonation and emphasis help bring out the sense of the text. A periodic halting in his reading, almost a staggering from word to word, may seem off-putting at first, but it doesn’t hurt his comic timing. A professional might have been more fluid, but Alford brings a charm, chattiness, and feeling of quiet, slightly giddy delight to his own work that would be hard to duplicate. The listener may be sorry when this meandering trip is over. W.M. © AudioFile 2012, Portland, Maine [Published: FEBRUARY 2012]