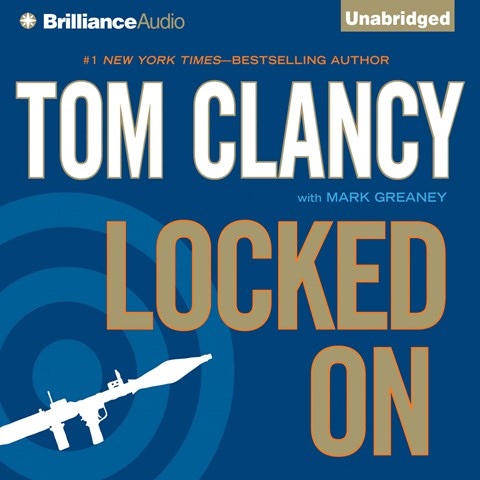 Lou Diamond Phillips’s powerful characterizations capture the wide range of nationalities and political situations in Tom Clancy’s latest action-adventure. The story begins with Jack Ryan, Jr.’s, intense training with a Special Forces operator while Jack Ryan, Sr., begins his election campaign for president. With subtle pitch and tonal changes, Phillips portrays the treachery behind the trumped-up charges against Ryan, Sr.’s, closest friend. His multilayered portrayals of the top-secret operatives who work for the off-the-books intelligence agency called Campus are credible and well developed. Whether depicting the capture of an Islamic terrorist in western Dagestan, a violent firefight in a landmark Paris hotel, a clandestine meeting in a Cairo coffee shop, or the effort to stop a Pakistani general’s nuclear blackmail—Phillips’s perfect rendering of the nonstop action keeps the listener riveted. G.D.W. © AudioFile 2012, Portland, Maine [Published: JANUARY 2012]