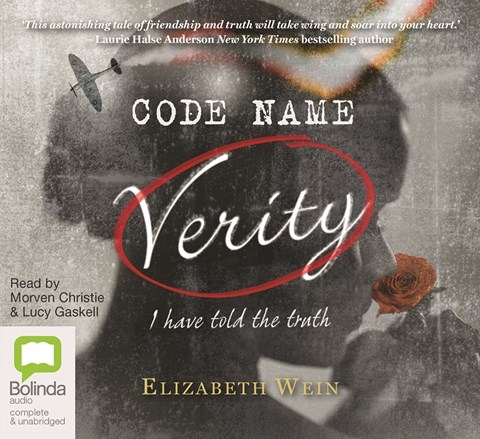 To reveal almost anything about the way events in CODE NAME VERITY unfold would spoil the book’s many twists and turns and revelations. It all begins with Maddie, a young pilot, and Queenie, who are both part of the British war effort during WWII. The audiobook is its own revelation—narrators Morven Christie and Lucy Gaskell bring Queenie and Maddie to vibrant life, and listeners will fall in love with them from the start. Gaskell and especially Christie perform (and even sing in) a variety of English and Scottish accents as well as flawless French and German. More than that, they so fully inhabit the characters that the most harrowing moments, so intimate and immediate on audio, are nearly unbearable. It's an extraordinary book, made even more extraordinary by their truly spellbinding narration. J.M.D. Winner of AudioFile Earphones Award, SYNC 2014 © AudioFile 2012, Portland, Maine [Published: AUGUST 2012]