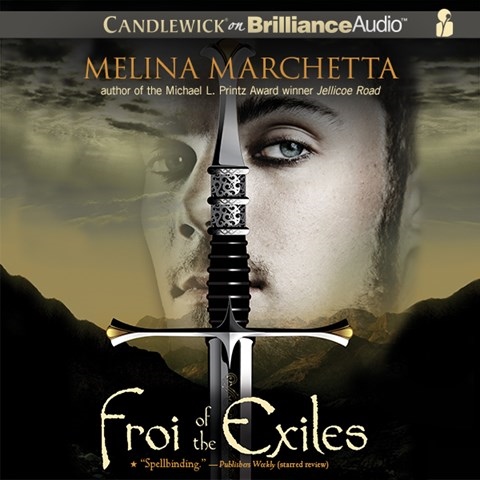 FROI OF THE EXILES

Grant Cartwright’s flowing narration makes for easy entry into Melina Marchetta’s richly imagined fantasy world. Froi, a minor character in FINNIKIN OF THE ROCK, returns as hero in the second Lumatere Chronicle. A linguist by gift and assassin by training, Froi is sent to kill the royals of Charyn who threaten his adopted home. But the unsuspecting Froi is confronted by confusion about Quintana, Charyn’s last-born princess and prophesized redeemer, as well as by his own damaged nature and hurtful past. Cartwright doesn’t shy away from intensity in his portrayals. He captures Quintana’s mix of fury, madness, and vulnerability and gives context by showing the abuse surrounding her and the tenderness she provokes in Froi. Cartwright’s pacing increases the drama and provides a break in descriptive sections. S.W. Winner of AudioFile Earphones Award © AudioFile 2012, Portland, Maine [Published: AUGUST 2012]