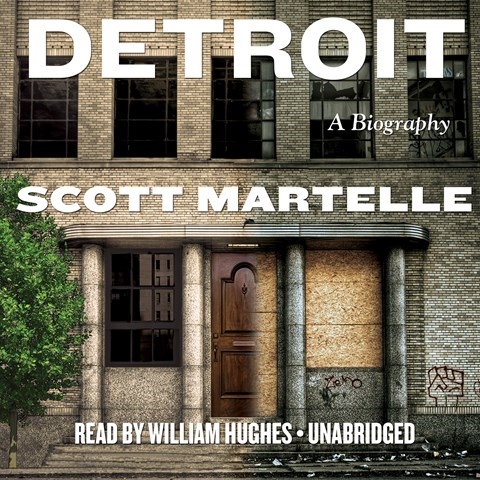 A lively journalist’s local history is full of colorful characters and interesting facts about America's most lamented city. Martelle tells the story of Detroit from its founding, with an eye toward the roots of its current problems. Narrator William Hughes’s friendly tenor makes the story more engaging. His pace is consistent and well measured, and his pronunciation is always clear. As Martelle notes, Detroit is a local problem with national roots. However, his history emphasizes decisions made within the boundary of the city and, with the exception of a brief comparison with Pittsburgh, does little to place Detroit in a broader national and international context. Still, it’s a good listen. F.C. © AudioFile 2012, Portland, Maine [Published: AUGUST 2012]