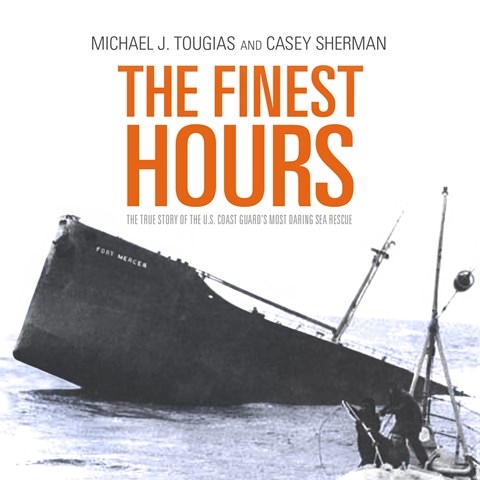 In February 1952, two oil tankers split in half during an epic nor’easter off Cape Cod. Built of “dirty steel” during the fury of WWII, the two ships turned into four, bows and sterns driven by gale-force winds in sixty-foot seas whose frigid waters meant almost instant death for anyone falling into them. The heroic rescues by relatively tiny Coast Guard vessels are detailed here. Narrator Malcolm Hillgartner’s approach is a combination of you-are-there suspense and historical narrative that catches the listener’s undivided attention. Occasionally Hillgartner uses Boston accents, but only when quotations demand them. This is an edge-of-your seat true-life adventure not be missed. D.R.W. © AudioFile 2013, Portland, Maine [Published: APRIL 2013]