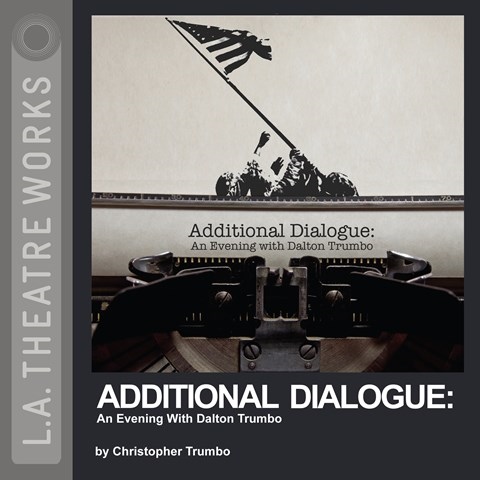 Christopher Trumbo selected and wrote the background text introducing these letters by his father, blacklisted Hollywood screenwriter Dalton Trumbo. Bright with the fireworks of rhetoric, wit, idealism, and outrage, the letters span 13 years (one of them spent in prison). In them Trumbo ponders life after prison, berates smug and cowardly producers, vouchsafes irreverent advice to his son at college on winning at poker and masturbating without guilt, and justifies his refusal in 1960 to grovel before studio bosses. The fine performances of the spoken text, delivered before a live audience, are intercut with vintage radio clips of famous stars (Burt Lancaster, Judy Garland, Robert Young) praising free speech and questioning the tactics of the House Un-American Activities Committee. G.H. © AudioFile 2000, Portland, Maine [Published: APR/MAY 00]