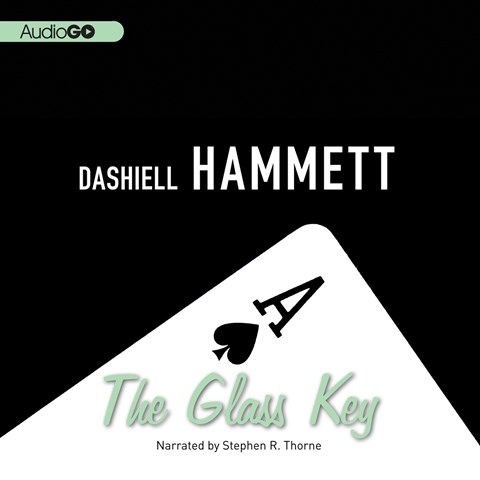 Ned Beaumont is the lead character in this 1931 noir novel. And you're not likely to forget that since his name is repeatedly continually—never “Ned” or “Beaumont,” always “Ned Beaumont.” It's a shortcoming of this audio version of Hammett’s celebrated novel about an amoral gambler who works as a “fixer” for a prominent builder. Luckless and ineffective at most things, the protagonist is not very sympathetic. Stephen Thorne underplays his tough-guy voice to great advantage. His female voices are so good that you won't give them a second thought. The story is complicated. When Beaumont finds the body of a senator's son, his boss wants him to derail the investigation for reasons not immediately apparent. M.S. © AudioFile 2012, Portland, Maine [Published: FEBRUARY 2012]