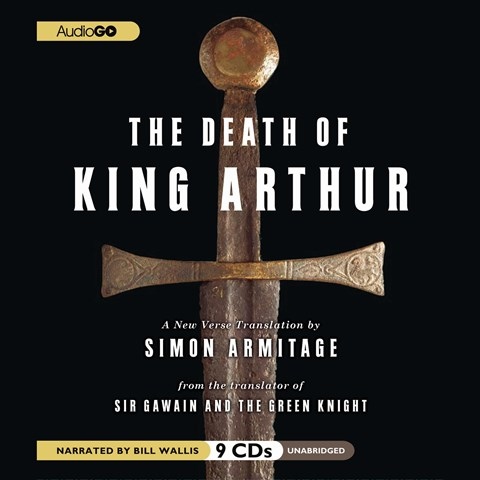 THE DEATH OF KING ARTHUR A New Verse Translation

The cadences of medieval alliterative poetry are made surprisingly playful in Simon Armitage’s new modern English translation of the ALLITERATIVE MORTE ARTHURE. Narrator Bill Wallis engages the listener with his kindly, craggy voice, and one imagines the Dark Ages storyteller who might have first read this tale. This lesser-known Arthurian story focuses on King Arthur’s European campaign against the vestiges of the Roman Empire. It’s filled with vivid descriptions of battlefield gore, which Wallis thrillingly animates. The original Anglo-Saxon MORTE ARTHURE is included in this recording, and for this reading Wallis appropriately adopts a heavy brogue. Having just heard the modern translation, the listener is prepared for the archaic vocabulary and will ultimately be rewarded with access to the deeper music of the English language. F.T. © AudioFile 2012, Portland, Maine [Published: MARCH 2012]