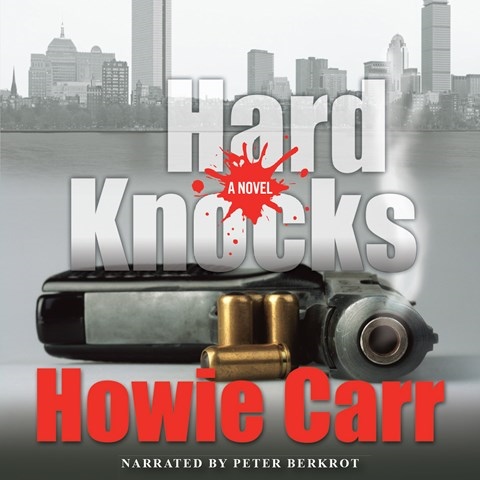 Howie Carr, a well-known talk show host and BOSTON HERALD columnist, pits ex-cop Jack Reilly against utterly corrupt local officials and an utterly corrupt FBI agent. This is a throwback to the 1950s noir genre—life is cheap, but the payoffs can be great. Peter Berkrot does very well articulating a cynical but honorable (in his own way) private eye. He voices the characters as they’re presented, one by one: tired, tough, profane, arrogant, naïve, ambitious, even idealistic. Most, but not all, are carriers of vast experience and vast contempt. The Boston milieu is recognizable to anyone who’s been there. D.R.W. © AudioFile 2012, Portland, Maine [Published: APRIL 2012]