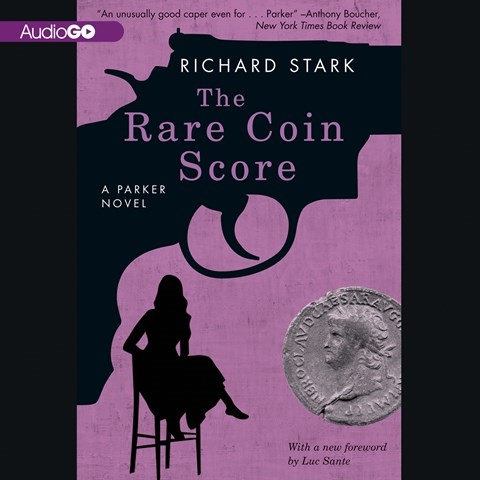 Antihero Parker is called in to mastermind the dubious plan to steal the entire lot of valuable coins at a collectors’ convention in Indianapolis. Here Parker first meets Claire, who later becomes his partner in subsequent novels, making this a pivotal book in the Stark (aka Donald Westlake) series. Stark’s plot is tight and filled with tension. John Chancer does an excellent job at matching the pace. But his characterizations are a shade on the gimmicky side. He burdens Parker with an unnecessarily gravelly voice, and his other character depictions come off as clichéd. Still, some listeners may enjoy this slightly over-the-top narration style. F.T. © AudioFile 2012, Portland, Maine [Published: MAY 2012]