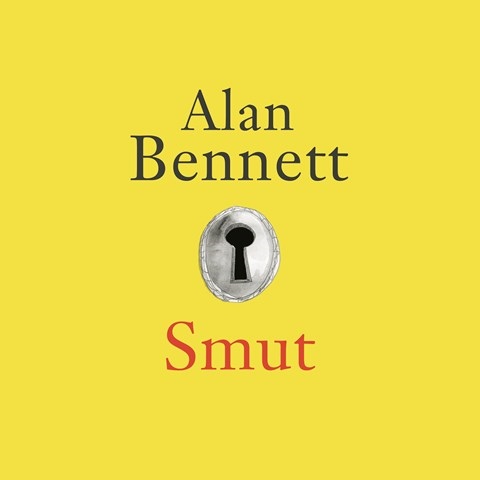 It's hard to imagine anyone other than author Alan Bennett reading his book—or at least anyone doing it as well. With a genteel, grandfatherly style of storytelling, the renowned Bennett glides into two stories that would be shocking without the buffer of heavy overwriting. When the heroine of “The Greening of Mrs. Donaldson" finally does something unseemly with her young college tenants, it's less sexual and more liberating. "The Shielding of Mrs. Forbes" is more shocking yet is still a quiet, unassuming tale—the story equivalent of a mousy librarian who shocks friends with an unexpected striptease. The sex in SMUT is subtle, demur, and swift, even though it’s the focal point of each story. And Bennett's style is just so, so British that it's a joy to hear. M.S. © AudioFile 2012, Portland, Maine [Published: FEBRUARY 2012]