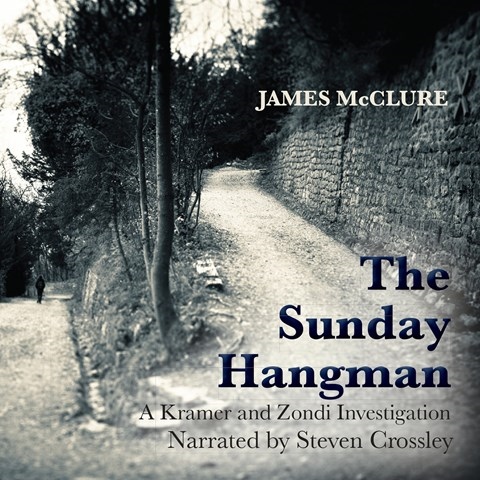 Near the end of this audiobook, Lieutenant Tromp Kramer interrogates the prime suspect in a series of hangings in South Africa. The dialogue between the two characters is perfect material for Steven Crossley, who guides the interrogation with changing tempos, periods of restraint, and then a catapulting conclusion. Crossley also enlivens the narrative with strong dialect work. First published in 1977, this is the fifth in the Kramer/Zondi series (Mickey Zondi is Kramer’s Bantu police associate), and the plot, though generally on track, ricochets about at times. (There's an odd subplot about a witch doctor and a baby killer.) This powerful procedural provides a startling 35-year-old snapshot of the strange world of apartheid. R.W.S. © AudioFile 2012, Portland, Maine [Published: JULY 2012]