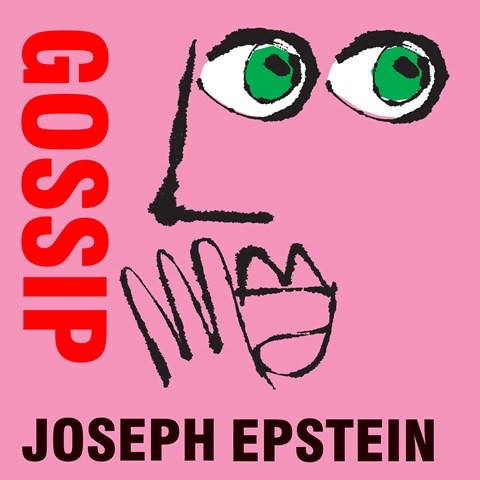 Epstein traces the history of gossip, its various manifestations, and the reasons why humans are so engaged in it—to the extent that there is even a gossip industry. Arthur Morey delivers a clear and uncomplicated narration. He deftly teases out emphasis and nuance as Epstein plunges into issues of innuendo, subtlety, and the doublespeak that can accompany gossip. But even though his voice and performance are agreeable, the audiobook doesn’t sound fully realized. Epstein stocks his prose with jokes and asides that Morey doesn’t utilize to their full potential. The asides and jokes are meant to some degree to replicate gossip itself, and Morey’s straight narration of them detracts from the reading. L.E. © AudioFile 2012, Portland, Maine [Published: AUGUST 2012]