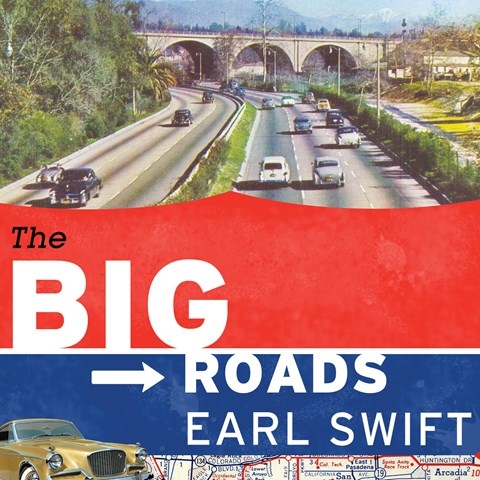 THE BIG ROADS The Untold Story of the Engineers, Visionaries, and Trailblazers Who Created the American Superhighways

The author focuses on the people—some of whom were real characters—who were responsible for America’s interstate highway system. Narrator Rob Shapiro brings a sort of surprised enthusiasm to his reading, utilizing a kind of gee-whiz tone that carries listeners along almost as nicely as today’s roadways. The book isn’t just about cloverleafs and on-ramps. It starts with the early days of the automobile and the birth of paved, connected American roads. One of the first proponents was Carl Fisher, an outlandish promoter who also was responsible for creating the Indianapolis 500 and for developing Miami Beach. Shapiro also profiles engineers, politicians, and others, making the book a kind of biographical road trip. The result is much easier to listen to than a straightforward history. R.C.G. © AudioFile 2012, Portland, Maine [Published: FEBRUARY 2012]