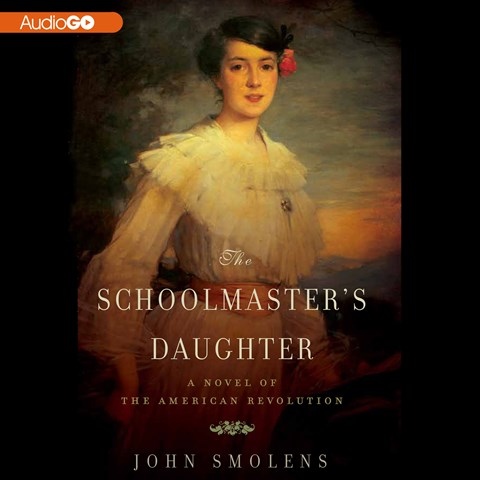 THE SCHOOLMASTER'S DAUGHTER A Novel of the American Revolution

A story of intrigue and espionage in Boston just before the outbreak of the American Revolution finds Abigail Lovell's family drawn into the perils of a politically charged time and place. British forces fight against the revolutionaries who are assembling at Lexington and Concord. Elisabeth Rodgers as Abigail portrays the family's political conflict, which pits her Loyalist father against his children’s insurgent convictions. Rodgers embraces Abigail's range of emotions and deploys the various British accents of the invading soldiers. When Abigail is accused of murdering a British sergeant, she bravely saves her own life and those of her loved ones. This historical novel has as much suspense as a contemporary thriller. A.W. © AudioFile 2012, Portland, Maine [Published: APRIL 2012]